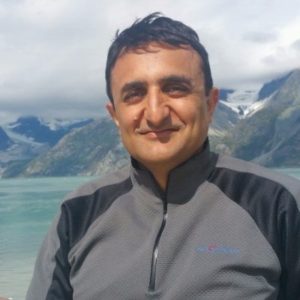 Anand spent his formative years in North London, where his family had to move to as refugees after being expelled from Uganda in 1973. At the age of eleven, Anand moved to Chicago with his family, after his Aunt sponsored and convinced the family it was “better for the kids”. He credits his Mother for his constant desire to make others happy and in her own way preparing him for his “play the game to change the game” mentality. Furthermore, Anand credits his father for his disciplined ability to discern emotion from objectivity and to always be introspective. He likewise credits his older sisters for protecting him and being the other two mothers that he had growing up.

Anand Buch studied Engineering at the College of Dupage where he received 4 associate degrees. Followed by an Electrical Engineering degree at the University of Illinois, Urbana Champaign. His education continued with Anand completing his MBA in 1999 during his time at Nuera, an early Pioneer in VoIP communications. While at Nuera, Anand held various roles across multiple disciplines. This includes his role in the transition team that spun out Nuera from parent company PCSI, his position as Director in Engineering, and a Product Line Lead. During this time, he helped Nuera grow from 30 employees to 300 employees.

Anand Buch was honored to be invited by David Wang in the founding of NetSapiens in 2002. Which then led to him becoming Chief Executive Officer around 2006. Today, as CEO of NetSapiens inc., he leverages his multi-disciplinary experience in business and technology to guide the conception, realization, and delivery of new solutions to the marketplace.

Anand enjoys watching and playing sports and believes he is lucky to have grown up as a Chicago sports enthusiast. He also is enjoys just about anything soccer related. Especially when it comes to Arsenal from the English Premier League. He cherishes time spent with both his sons; as both of their unique interests and personalities spark boyhood memories of things that he really enjoyed as well. Anand credits his wife Mamta for being the spiritual catalyst and supportive force behind his constant pursuit of a purposeful life.