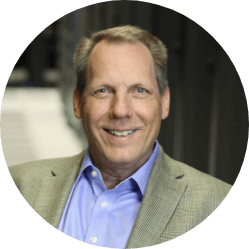 Doug serves as President and Chief Operating Officer for Crexendo. Prior to ascending to the role of President, Mr. Gaylor was Vice President of Sales for the company, a position he held since joining the company in 2009. Doug’s 30+ years in the telecom industry has made him a subject matter expert in hosted telecom, network services, PBX and Key Systems, Call Centers, and Managed Services.

Prior to joining Crexendo, Doug held positions of increasing responsibility, culminating with the position of Sr. Vice President, at Inter-Tel/ Mitel where he was originally hired in 1987. Doug was responsible for overseeing the sales efforts in the Western United States where he was ultimately responsible for the activities of approximately 200 sales representatives. Under his leadership yearly sales for his region reached over $175,000,000 annually. Doug holds a BA in Communications from the University of Houston and is an active Board Member for multiple non-profit organizations specializing in education and community support. Doug is active in youth sports and enjoys skiing, hiking, and traveling.